The 4th Annual Washington International is 2/3 of the way through and the top of the A section race is pretty tight. After starting out 4-0, GM Gata Kamsky drew his next to games, allowing the rest of the field to catch up. Kamsky is tied with GM Victor Kimhalevski (ISR) who he beat in round 4. A half point behind the leaders are four GMs: Sergei Azarov (BEL), Samuel Sevian (USA), Hedinn Steingrimsson (ISL) and Arun Prasad Subramanian (IND). 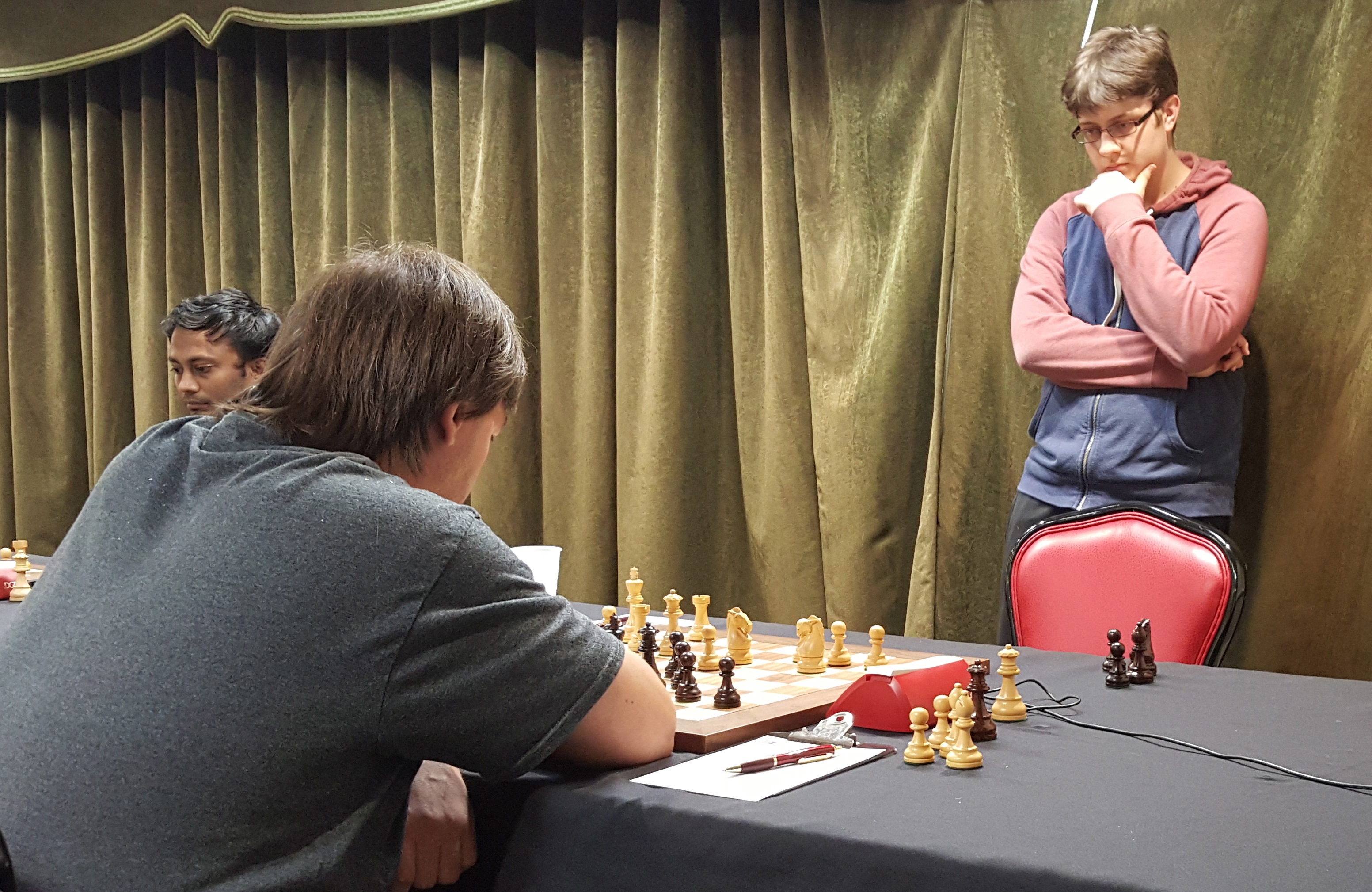 At this point there are several players in the running for norms. FM Ruifeng Li was at 4 out of 5 before losing in round 6. Even so, he only needs to score one out of his last three for an IM norm and 2.5 for a GM norm. Also with 4 is FM Nicolas Checa who needs 1.5 or 2 points in his last three game to earn an IM norm. The other person in the score group with a chance for a norm is Joshua Sheng. He needs a score of about 2 and needs to play two more non-US players.The 3.5 score group has a couple of other players who have a good chance; both Igor Sorkin (ISR) and FM Gauri Shankar (IND) will earn norms if they score two in their last three games. 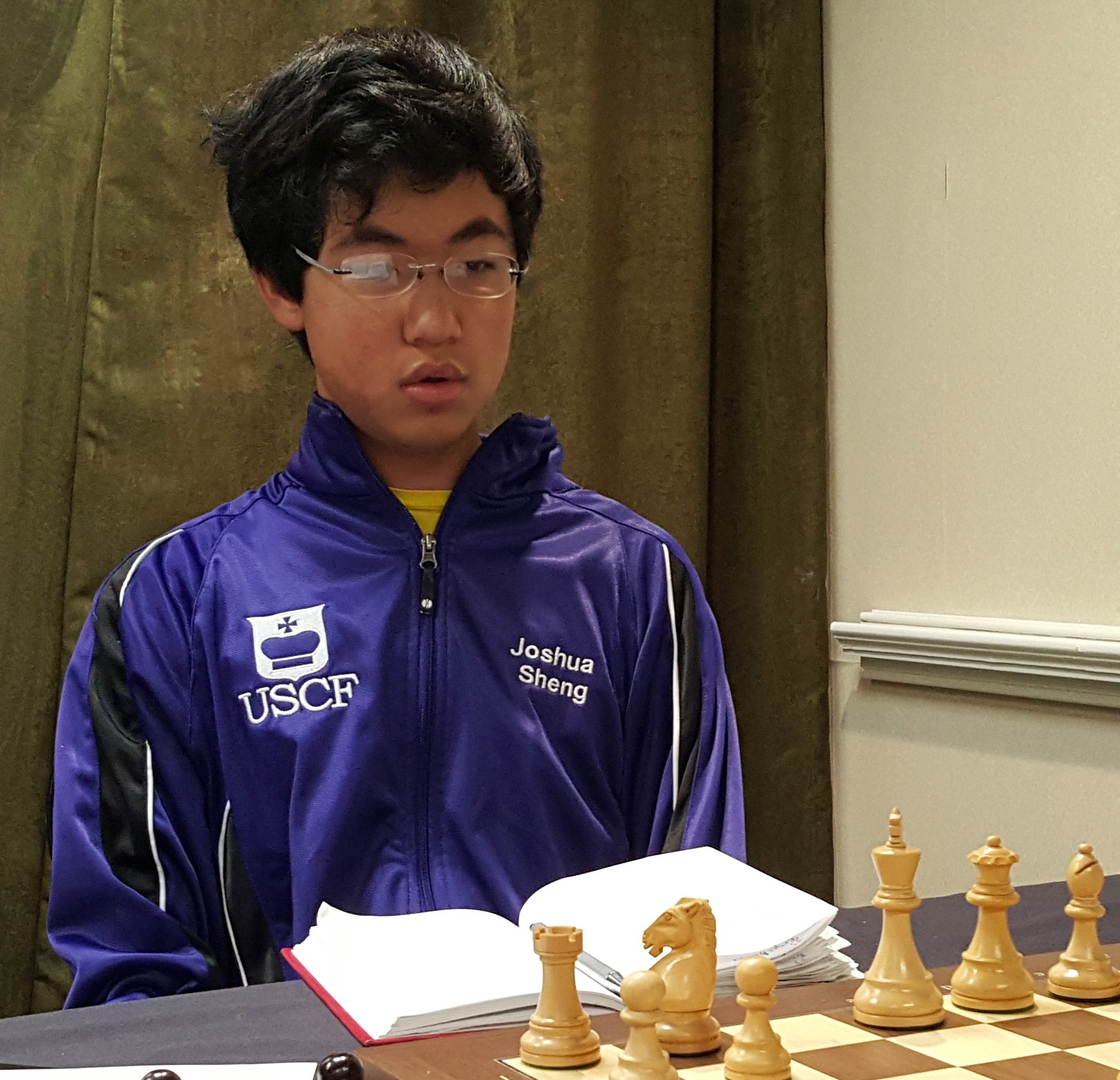 Tonight is the last round in the B section where there are also two players tied for first who have already played each other: Ziwen Zhou (PA) and Franco Jose (VA) drew in round 6.

The A section has three more rounds at 6pm on Tuesday, 6pm on Wednesday and then 11am on Thursday. The top seven boards are being broadcast at mdchess.com and on playchess.com. Pictures from the tournament are also on the Maryland Chess Assn. Facebook page.

The tournament is being organized by the Maryland Chess Association. 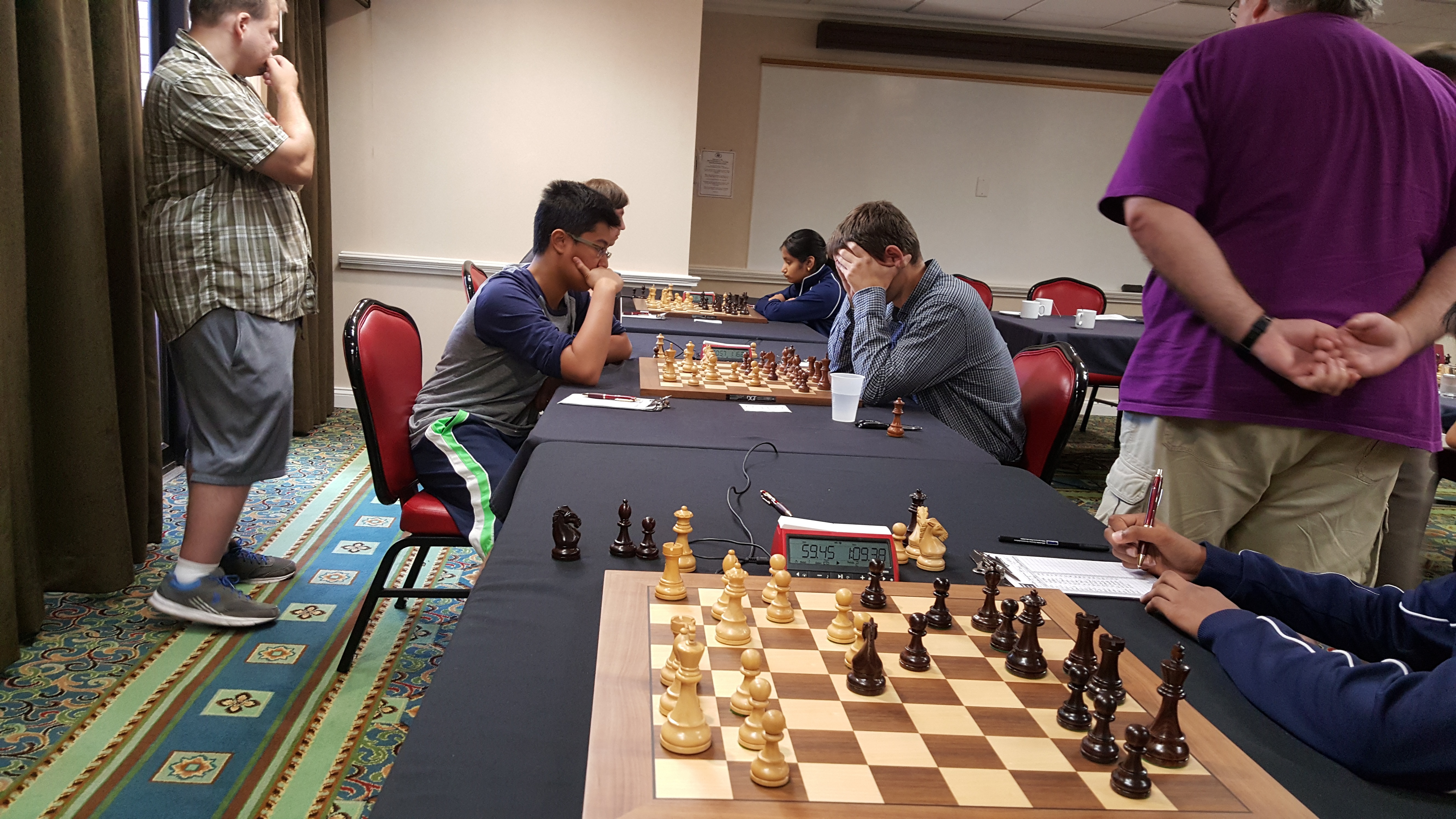 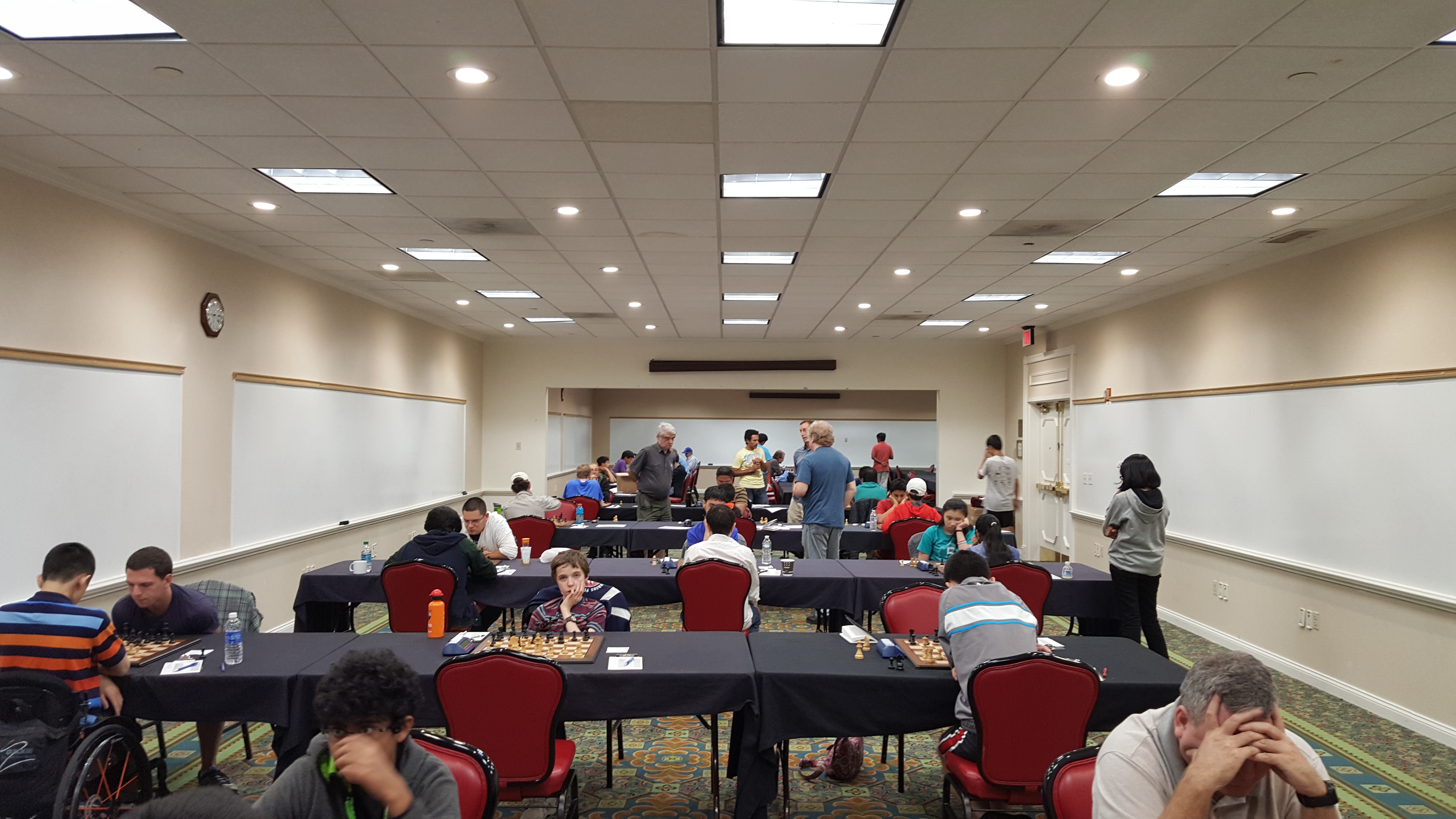 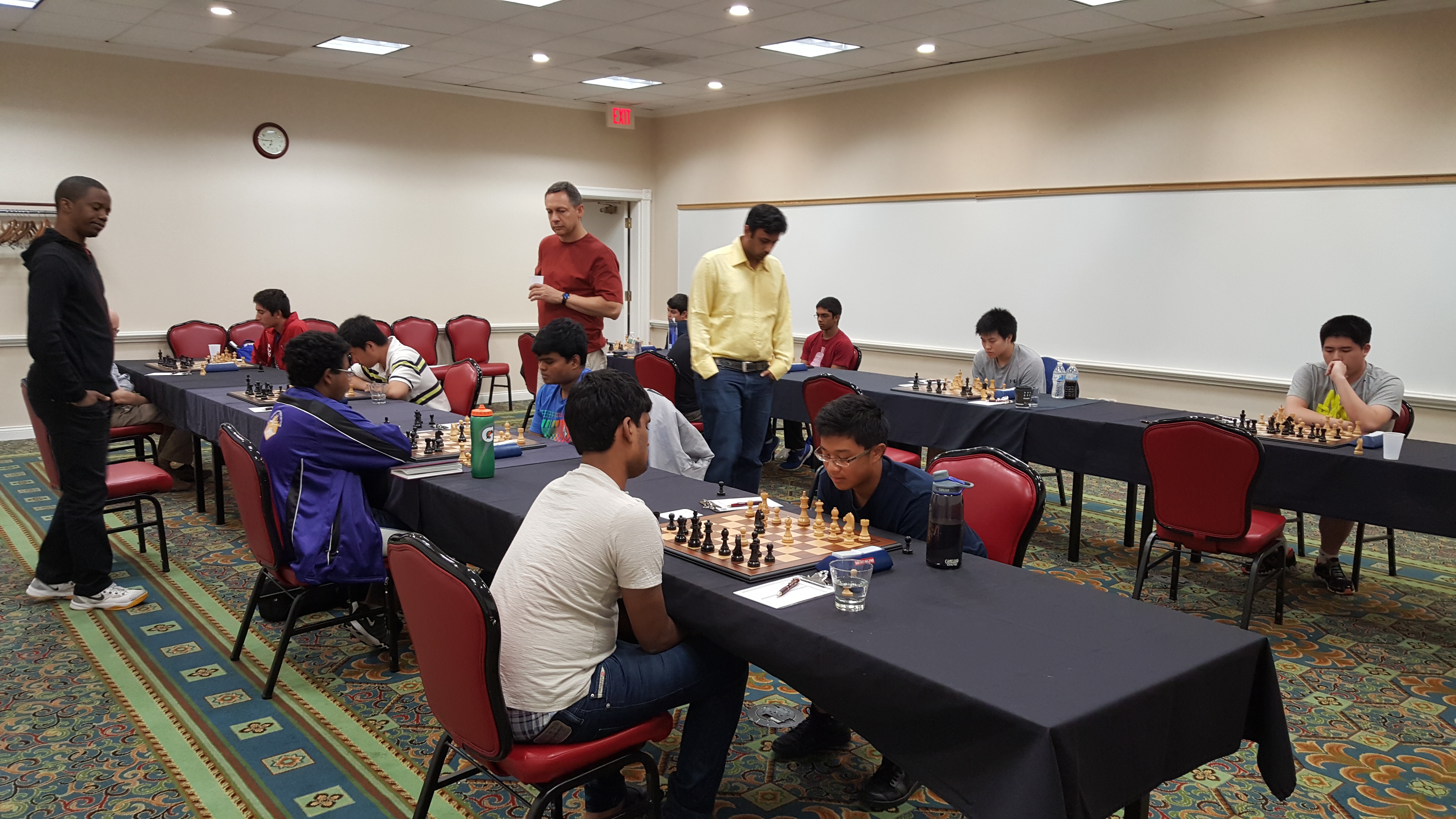